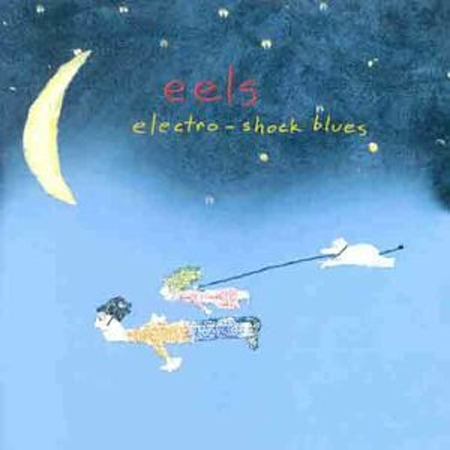 Electro-Shock Blues was written largely in response to frontman Mark Oliver Everett's (more commonly known as E) sister's suicide and his mother's terminal lung cancer. The title refers to the electroconvulsive therapy received by Elizabeth Everett when she was institutionalized. Many of the songs deal with their decline, his response to loss and coming to terms with suddenly becoming the only living member of his family (his father having died of a heart attack in 1982; Everett, then 19 years old, was the first to discover his body).

Though much of the album is, on its surface, bleak, its underlying message is that of coping with some of life's most difficult occurrences. The record begins with "Elizabeth on the Bathroom Floor", a sparse piece composed of one of his deceased sister's final diary entries. Later, the album's emotional climax is reached in two tracks: "Climbing to the Moon", which draws upon E's experiences visiting his sister at a mental health facility shortly before her death; and "Dead of Winter", a song about his mother's painful radiation treatment and slow succumbing. The album's last song, entitled "P.S. You Rock My World", is a hopeful bookend to "Elizabeth", containing subtly humorous lyrics that describe, among other things, an elderly woman at a gas station honking her car at E, incorrectly assuming he is the attendant, and E's decision that "maybe it's time to live".