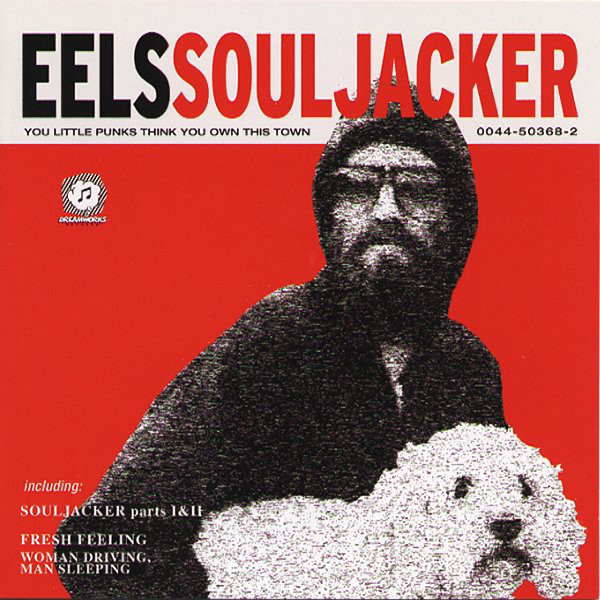 Maybe I should explain a few things about the origins of SOULJACKER. People keep asking me "what is a SOULJACKER?"
Originally the press coined the term "Soul Jacker" for an American serial killer in the 1990s that claimed to not only kill, but also steal the souls of his victims. This is not his story.

But I was very interested in this idea, that someone could take your soul.

During the recording of the EELS record ELECTRO-SHOCK BLUES, I did something I never would normally do, but I was going through a lot and needed a break. I went to a meditation retreat and did not speak, read or write for ten days.

During these ten days I began to think about this idea of stealing a soul on a larger scale. It seemed to me that there were just too many distractions and that people were losing their souls because they had no way of knowing what they had in the first place. How can you keep what you don't know you have?

I then realized that no one can take your soul if you know what you have and you don't want them to. I wrote the song that became SOULJACKER part II in my head during these 10 days. Breaking the retreat's rule about not writing anything, I would go to the outdoor bathroom and use the pencil for bathroom cleaning duty sign-up, and write the words on toilet paper, hiding it whenever someone came in.

Later we wrote SOULJACKER part I, which is about the ugliness of a soulless life. And then came all the other characters in this world that make up SOULJACKER.

Just thought I should explain. It's really a beautiful thing. Thanks.